Book of the Month – The Myths of Security

This is another non-technical book which exposes the true & practical realities of the security. This book is compilation of lot of security facts which has the power of awakening any living soul. The facts which are hard to agree and digest, but they are true to the point. 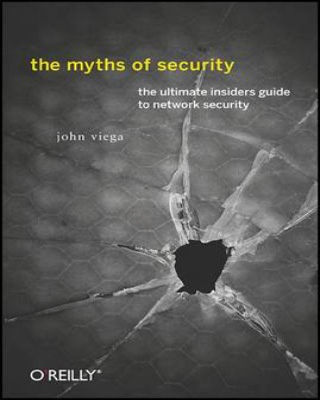 Most thing I liked about John Viega is that he is quite outspoken and makes bold statements throughout the book. Some of the statements are so bold that some of them are against his organization, McAfee  :). Being author of the book, it takes lot of courage to put up the such statements in public.

Also some of the revelations in the book are quite outstanding and real eye opener, even for security nerds. For example, in one of the chapter he shouts ‘Google is Evil’ and exposes how its AdWords are indirectly leading to more evil things on the net.

One thing I very much agree with Author is that ‘Antivirus is useless’. I myself never install Antivirus on my personal machines. As it slows down the machine considerably and more or less does not help when it supposed to. I will better have virus on my machine once in a while than Antivirus. Also it gives you the opportunity to play with virus if it comes to your home 😉

The book not only exposes the myths but also proposes cool solutions some of the big problems faced by security industry.For example, in one of the chapter John proposes solution for identifying packed virus binaries. Since the packing is used by both good & bad guys, its good to have central association which signs the legitimate packed binaries (similar to what Microsoft does for the drivers). That way Antivirus can just mark the packed unsigned binaries as Virus. This will make the job of Antivirus much much easier and will eliminate lot of false positives.

Overall the book is worth the read and reader will be left surprised & shocked at the same time.