Twitter, the popular micro-blogging site had been hijacked by the group claiming to be ‘Iranian Cyber Army’. Apparently the twitter users were redirected to the attacker’s website which displayed this victory image… 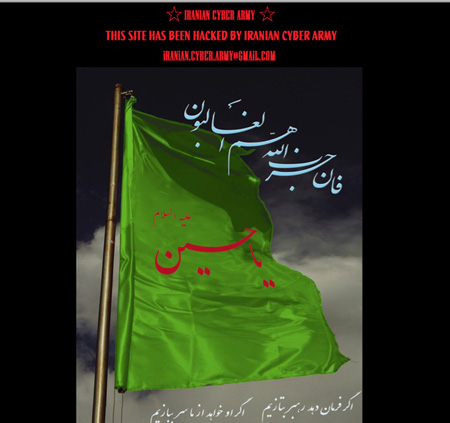 Also the attackers scribbled following note explaining the reason for the attack….

Later officials at Twitter said that there was unplanned downtime during which twitter DNS records got compromised leading to this security breach.