SpyDllRemover is the specialized tool for detecting spyware & hidden Rootkit Dlls in the System. It can also detect & remove user-land Rootkit processes as well as other spyware processes using multiple [user-land] Rootkit detection algorithms coupled with in-house Process heuristics. This makes it a generic tool for detecting & removing any known as well as unknown threats compared to traditional Antivirus Softwares which can detect only known threats. 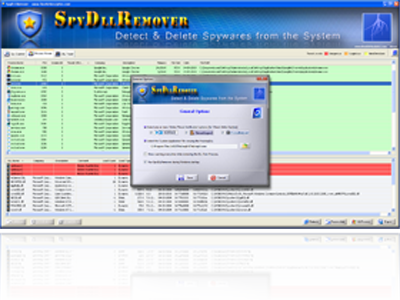 This time we have opened it for few selected beta testers and many of them came forward to test this mega version.  Here is the list of individuals who proudly took part in private beta testing and greatly helped in making of this final version. (please let me know if I have missed someone)

We would like to specially thank each individual who voluntarily participated in the private beta testing by putting their precious time & energy in testing as well as sending suggestions/bug reports.

Though I have tried to put in as many features as possible this time,  there is lot more to go to make it a really useful product on a day to day basis.  With the advent of advanced spywares/rootkits which uses one or another form of injection to get planted themselves into legitimate processes, it is the fitting need of the time to detect such malicious injections and remove them. Hopefully next version of SpyDllRemover will answer those questions !

Till then, play with this mega version of SpyDllRemover and do send us your bug reports and suggestions.