Virus’s have once again shown their colors by taking down the CAT exam servers leaving all MBA aspirant students in shock. And as usual antivirus softwares have failed to detect these new network viruses. 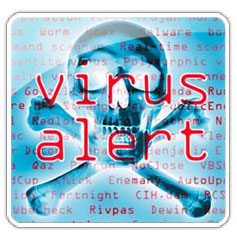 CAT is the all India entrance test conducted by the Indian Institutes of Management (IIMs) for the MBA course offered in its seven prestigious business schools. More than 250,000 students have participated in this exam across 24 centers in 50 labs for around 1500 seats.

This year’s first round of test was conducted on Saturday 28th November which got sabotaged by crashing of servers. Again same story got repeated on second day (Sunday 29th) too, leading to failure of online launch of CAT exam.

Initially it appeared that servers might have crashed due to overload, however later CNN-IBN news report confirmed that it was because of virus attack.It is not surprising to see these viruses getting bypassed by Antivirus defenses.  Though Antivirus softwares have evolved to use heuristic techniques than relying on predefined signatures to detect new viruses  but they are still far behind…

At the end of the day, some one may credit this fatal incident to the computer virus or to the erring officials but at the core its the real failure of the technology which still cannot protect from unknown threats….!